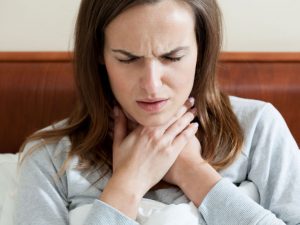 I’m an audiobook narrator.  I try to pace myself so I don’t go out of my mind.  It’s definitely a long haul, and I want to make sure I give my best, and that I’m fresh for each session. Depending on the size of the book, it can take 3 weeks or 3 months. A lot can happen in that time.

Like losing my voice during an audiobook project. And the deadline was looming.

As a voice over talent, having a cold can be a blessing at times. Your voice sounds deeper and cooler. You can hit the low notes with the best of ‘em.  Even that Coors guy. But when you’re in the middle of a long project, like an audiobook, your voice needs to sound consistent with what you’ve already recorded. If I’m narrating an audiobook, I can’t sound like myself in one chapter and Professor Dumbledore in the next. “Dark times are ahead, Harry.”

So what do you do?

The WRONG WAY: Certainly, don’t do what I did and forge ahead. I didn’t want to let my client down. I barked out several chapters with my hoarse voice, and I thought it was passable. Until I compared it with the previous chapters. It was like the book was taken over by Gilbert Gottfried with a half-cut vocal cord.  It was that bad.

The RIGHT WAY: Have faith in your clients. When you work a 9 to 5 job, your boss doesn’t want you there if you’re sick. Usually. Same thing applies here. Be honest. Tell them what’s happened, and that the project may be delayed by a few days, or whenever your voice comes back. 9 times out of 10, they’ll be o.k. with it. My client was great. Even prayed for me. Bonus!

Sure, occasionally you’ll get that one client who is never satisfied.  What if they tell you to keep going? That’s when you record your Gottfried voice and send your difficult client the MP3. They certainly don’t want THAT voice anywhere near their book. That should change their mind. What if it doesn’t?  Well, it’s their book. Do it with the understanding that you will not record those chapters over if they decide later they don’t like it. Or at least you won’t record those chapters over for free. Money talks. If they continue to complain, and moan and groan, Maybe it’s best to reevaluate your relationship.

But chances are, they’ll understand. They might even make you some chicken soup. Probably not. But maybe.

Play
Stop
Next»
«Prev
HIDE PLAYLIST
X
WORK WITH ME